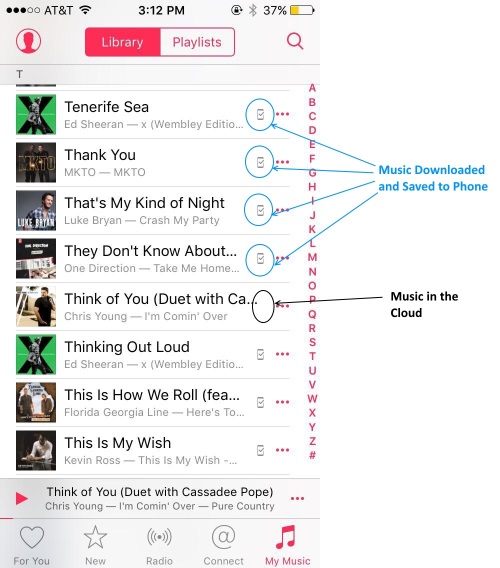 It is important that the music is saved to your phone versus to the cloud.  The above picture shows how you can tell where your music is saved on the iPhone.

Another recommendation is to make sure that your phone is updated to the latest operating system (ie latest iOS or Android version).  We recommend the following steps.