Important CARPRO ONLY message. Recent iOS 13 and 14 updates may be causing difficulties with pairing/connectivity. This is not related to the CarPro software. 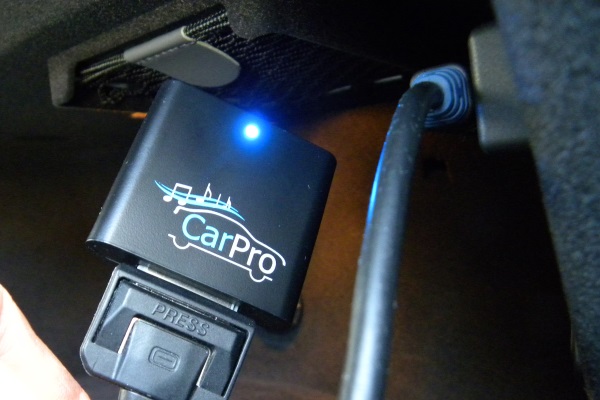 Yes, the CoolStream CarPro for BMW will work with the Toyota 2008 Land Cruiser.  You will be able to connect your iPhone (including iPhone 7) or Android phone to the CarPro through Bluetooth and stream your music to the Toyota’s speakers.  In order for the CarPro to communicate with the Toyota entertainment system, there must be at least 1 song downloaded and saved to your phone.

The CarPro works with the Toyota’s music control buttons. The CarPro is only for music, so your phone can also be paired simultaneously to the Toyota’s Hands Free Bluetooth.  Now you can have both Bluetooth music streaming and Hands Free phone calls.

The CarPro must be connect to a 30 Pin iPod Cable that plugs into the Toyota entertainment system port.  The CarPro will NOT work with iPod cables that plug ONLY into the USB port.